How To Clean an Xbox One 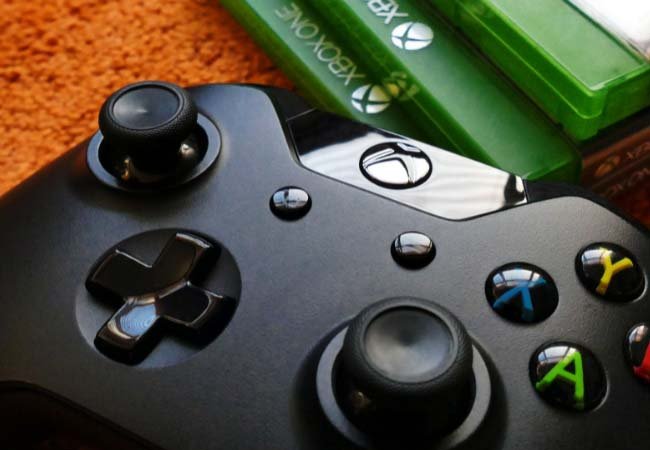 There are many ways that you can clean an Xbox one and we thought we’d share a few of them with you. All games come in contact with your fingers, so it’s important to keep the Xbox One clean and free from germs and bacteria. If left unattended, they may cause damage to your console or controller. These are the most common ways to clean an Xbox One console.

Use canned air or a can of compressed air to blow out any dust or dirt that has accumulated in your console’s vents, on its exterior and in its disc drive.

Use a lint-free cloth to wipe down the console’s exterior. You can use wipes that are specially made for electronics, but it isn’t necessary; any soft cloth will do. Wipe the controller with the same cloth (or another one). Make sure both parts are dry before using them again. Clean the discs any way you like (instructions here). If they still won’t play properly after cleaning, take your game disc back to where you bought it for an exchange or refund.

Why is my Xbox One so slow starting up?

If it’s just slow to turn on, try plugging your Xbox One into a power strip. This will ensure that the console has constant access to power without needing to wait for the battery backup to kick in (if you have one). Cords plugged into outlets controlled by the same circuit can be disruptive as well. Unplug anything else from the outlet (toasters, lamps etc.) to make sure your Xbox isn’t competing for power with anything else. If your Xbox is especially sluggish, try rebooting it: press and hold the power button on the front of the console for several seconds until it beeps twice and shuts itself down (you’ll see an animated “X” appear on screen). Once it’s off, unplug the AC power cable and wait 10 seconds, then plug it back in.

Sometimes it’s necessary to take apart an Xbox one and clean out some of the accumulated dust and debris that can cause overheating damage to your console. If you see this start this article , you probably know how dirty your xbox has been . Take off the rubber feet from the bottom of each side panel by pulling them up with a flathead screwdriver or knife edge. Slice through any adhesive tape keeping them attached. You may need to cut through several layers of adhesive tape on the bottom if they’re really stuck on there good. Once both parts are detached, slide off each metal panel using a fingernail or a plastic card. Open up the console halves by pulling them apart on the center tab. It’s common for dust bunnies to become wedged up between the two halves of your Xbox after reassembling it, so make sure you are thorough with your cleaning. Clean the power port with a cotton swab or dry toothbrush since this is usually where most muck accumulates. Pay particular attention to the crevice around the rubber seal surrounding this opening. Remove any blatant dirt particles with canned air, but be wary about spraying too much in there since it can cause damage to electronic components if it gets inside their housings/dust blown into disc drives, etc… Once it is fully cleaned out, snap everything back together and replace all screws and feet.

What does clearing Xbox One cache do?

Cache refers to the Xbox One’s temporary memory, which is used for storing frequently accessed data. Clearing the cache will erase all this information as well as any settings you changed, so if you want to keep those changes, don’t clear the cache. On the other hand, clearing the cache can fix some problems with your console’s performance or stability by removing corrupted data from hard drive.

How do I factory reset my Xbox one?

Factory resets are a way of returning your system to its default out-of-the-box state without removing any personal data that you have saved on it. This means that every installed game and app is removed, but none of your account info or achievements will be deleted (if there were any). You can factory reset your Xbox by going to Settings > System > Console info & updates , and then selecting the Reset console button.

Once you have gone through with a factory reset, you will need to go through initial setup again before you can use it. This means setting up a wireless network connection, etc…

Will cleaning my Xbox make it faster?

No, cleaning your Xbox One won’t make it faster. In fact, trying to clean the insides of a console is largely futile since most of the components are not user-serviceable. Even if you meticulously vacuum out all internal crevices and blow out any dust from ports/fans/etc…, it’s going to build up again within weeks or months. If anything, all this will accomplish is reducing any excess noise coming from your console while playing games since a dusty console can overheat and cause crashes/shutdowns.

What do I need for Xbox one setup?

First of all you need a TV with an HDMI input (or some other way to hook up your console with an AV cable). Of course, you will also need a controller and some games. You can find out what else is required by reading this article.

Can I vacuum my Xbox one?

No, please do not use a vacuum to clean your console. The last thing you want is to send any dust flying inside the casing and get it stuck in between sensitive components such as CPU/GPU fans or sensor boards.

Can I use compressed air on my Xbox one?

Yes, you can definitely spray out any dust that accumulated inside your console with compressed air. Just remember that the next step involves making sure that your console’s internals are dry before putting all pieces back together and powering it up again. Also, avoid spraying too much since this might cause damage to electronic components if they get wet/dust blown into disc drives, etc…

How To Clean Charging Port

How To Clean Mousepad