How Close is Alaska to Russia – Closer Than You Think! 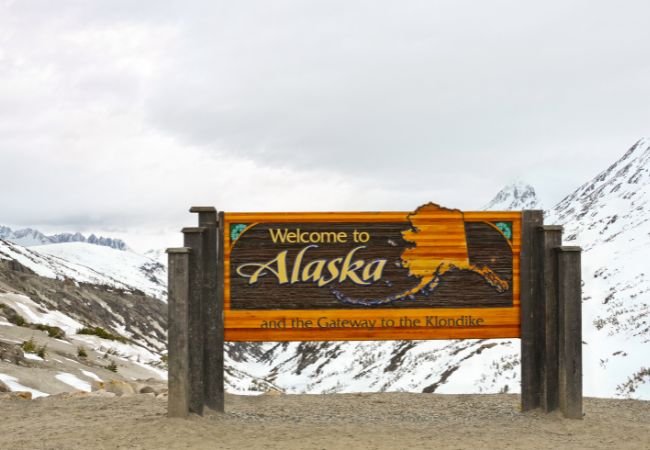 You won’t believe just how close Alaska is to Russia! (Seriously, it’s pretty darn close.) In fact, there’s only a narrow stretch of water separating the two locations. The Bering Strait, which is just 55 miles (88 kilometers) wide at its narrowest point, separates the easternmost tip of Russia from the westernmost end of Alaska.

Despite the fact that there may not be much of a space between them, Alaska and Russia have quite different cultures and histories.

Alaska, a state of the United States, was acquired by the country from Russia in 1867 and has a long indigenous history.

On the other hand, Russia is a sovereign state with a lengthy and intricate past that dates back to the ninth century.

The two places share certain similarities despite their differences.

Both Alaska and Russia have a reputation for having brutal winters and short, cool summers.

The Bering Strait: A Small But Significant Waterway Connecting Russia and Alaska

But while the Bering Strait may seem like a small and insignificant body of water, it actually plays a crucial role in the histories and cultures of both Russia and Alaska.

The strait has long been used as a migratory route for both humans and animals, with indigenous peoples traveling back and forth between the two locations for thousands of years.

It’s also been an important trade route, with both Russia and Alaska relying on the other for various goods and resources.

Comparing Russia and Alaska: Differences in Size, Population, and Ethnicity

Despite Alaska’s proximity to Russia, there are still some notable contrasts between the two countries.

For instance, with a population of over 145 million, Russia is a significantly larger and more populous nation.

On the other side, a little over 731,000 people live in Alaska. Additionally, with over 100 different ethnic groups residing inside its boundaries, Russia has a more diversified population.

Alaska, on the other hand, is predominantly populated by white people and Native Americans.

Exploring the Differences Between Russia and Alaska: Politics, Economy, and Culture

How near is Alaska to Russia, then? It’s close enough that the two countries share a border, yet far enough away that their cultures and histories are different.

The Bering Strait, however, will always link the two and serve as a reminder of their shared history, regardless of how dissimilar they may seem.

There are still a few significant contrasts between Russia and Alaska despite their near proximity to one another. One difference between the two nations’ political systems is significant.

Unlike Alaska, which is a state of the United States and is governed by American laws and regulations, Russia is a sovereign state with a president serving as its head of state.

The contrasting economies of Russia and Alaska are another significant distinction.

While Alaska’s economy is heavily dependent on oil and gas extraction, tourism, and fishing, Russia has a broad economy with a mix of industry and agricultural.

The Prudhoe Bay oil field, the largest oil field in the United States, is actually located in Alaska and contributes significantly to the state’s economic production.

Russia and Alaska: Separated by a Narrow Stretch of Water but Intertwined through History and Modern-Day Connections

The connections between Russia and Alaska, however, go far beyond these distinctions. With numerous indigenous Native American and Siberian groups residing on either side of the Bering Strait, for instance, the two regions have a long history of indigenous cultures and traditions.

Additionally, there is a long history of trade between the two countries, with Alaska exporting natural resources like oil and gas to Russia while Russia imports a variety of goods from Alaska.

However, given their proximity to one another and the many connections between them both historically and currently, the two will forever be intertwined.

In sum, Alaska is geographically close to Russia, separated from that country by little more than a body of water and linked to it through history and modern-day ties.